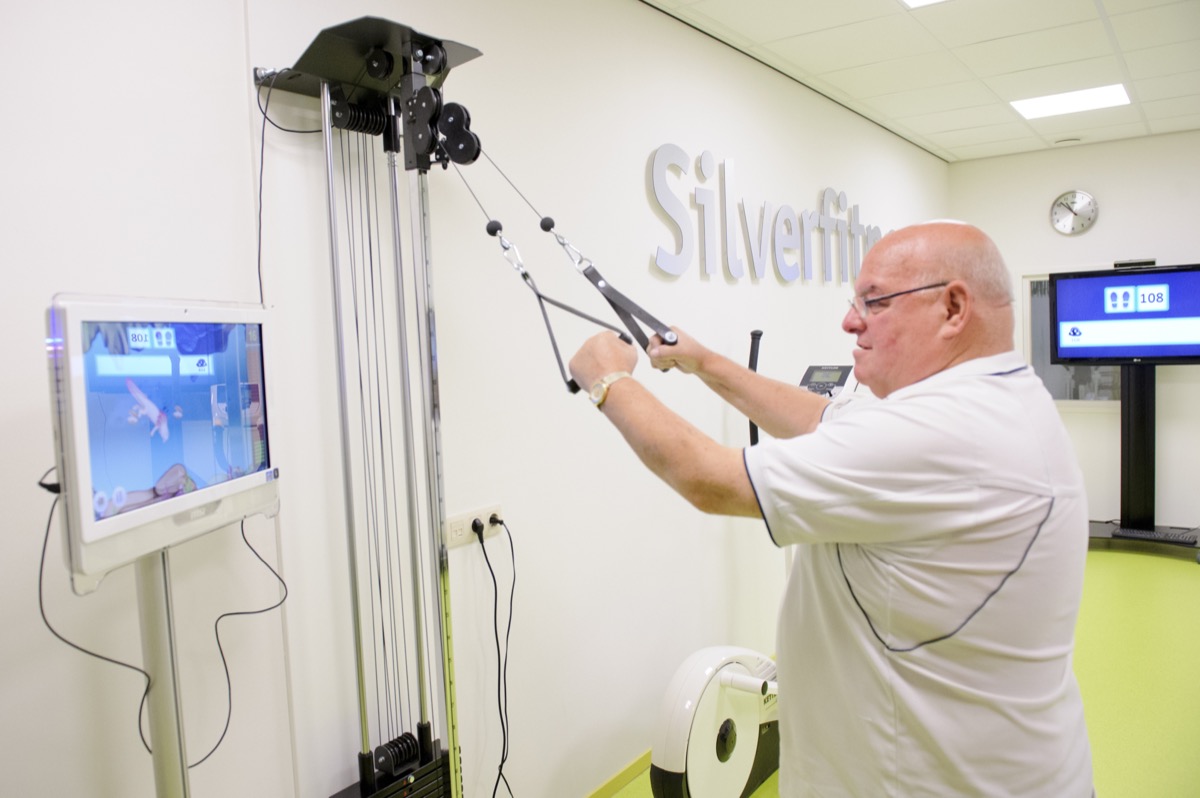 When older people do not actively use their muscles, they have a greater chance of being admitted to a hospital or nursing home (Sagiv, 2009). Strength training is therefore seen as an essential part of training programs for frail older people (Izquierdo et al., 2017). Sarcopenia is directly associated with a low functional capacity, such as standing up independently from a chair and performing personal care (Janssen et al., 2002). A decrease in functional capacity is again related to an increased fall risk, decreased independence and deteriorated quality of life (Trombetti et al., 2016).

Strength training can make an important contribution to improving the functional mobility of the elderly. Papa et al. (2017) show on the basis of a systematic review that strength training shows, among other things, an improvement in standing up independently from a chair, moving forward, walking speed and making turns while walking. Various studies also show an improvement in the static and dynamic balance (Gonzalez et al., 2014; Kahle et al. 2014; Granacher et al., 2009).

There are also positive effects on low intensity

Sahin et al. (2018) have conducted research into the influence of intensity on the effectiveness of strength training in frail older people. Both the low intensity group and the high intensity group showed improvements in physical and psychological functions. The control group, which did not train, just declined. It can therefore be concluded that strength training, even at low intensity, has important positive effects.

According to the guidelines of the World Health Organization, elderly people should perform strength training at least twice a week (who, 2011). More than 85% of people over the age of 60 do not comply with this guideline (Burton et al., 2017). They are more likely to participate in an activity more often if they are intrinsically motivated (Marcos-Pardo et al., 2018). Van Oudheusden (2013) showed that intrinsic motivation is high when training exercises are used during training.

Izquierdo, M., Casas-Herrero, A., Martinez-Velilla, N., Alonso-Bouzon, C., & Rodriguez-Manas, L. (2017). An example of cooperation for implementing programs associated with the promotion of exercise in the frail elderly. European Erasmus + <> program.

Marcos-Pardo, PJ, Martinez-Rodriguez, A., & Gil-Arias, A. (2018). Impact of a motivational resistance training program on adherence and body composition

Sagiv, M. (2009). Safety of resistance training in the elderly. European Review of Aging and Physical Activity, 6, 1-2.

Read more
How does it work?

Overview of the SilverFit Newton exercises and games

How is the SilverFit Newton composed?